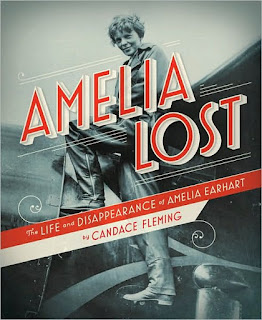 The Newbery guidelines specifically state that "the committee shall consider all forms of writing—fiction, non-fiction, and poetry," and the very first Newbery medal was, of course, awarded to a work of nonfiction, The Story of Mankind. However, in anything like recent years, it's an extreme rarity that anything other than a novel receives the top honor. In fact, since 1956, when Jean Lee Latham's lightly fictionalized biography Carry On, Mr. Bowditch won the medal, it's only happened four times: twice for poetry (A Visit to William Blake's Inn in 1982, and Joyful Noise in 1989), once for drama (Good Masters! Sweet Ladies! in 2008), and once for nonfiction (Lincoln: A Photobiography in 1988). It just doesn't happen very often.

Nonfiction may be the toughest sell of all for the Newbery. Most nonfiction, after all, is essentially informational. The kinds of adult nonfiction that we think of as making a "distinguished contribution to literature" tend to be essays or "creative" nonfiction, things written by the Annie Dillards and John McPhees and Studs Terkels of the world. Precious little of that appears for a children's audience; what's published is almost entirely "nonliterary." Heck, even, though I greatly admire Russell Freedman's work and consider him essentially the best at what he does, the only nonfiction award in the past five and a half decades still doesn't look all that good in hindsight, what with 1988 being The Year That Hatchet Didn't Win.

With that in mind, one of the books that is getting a lot of buzz in the week leading up to the Newbery is Candace Fleming's Amelia Lost: The Life And Disappearance Of Amelia Earhart. The illustrious Elizabeth Bird is even picking it as this year's winner. It was one of the candidates for the Maryland Mock Newbery, and though, for the record, it was the one I liked, I'm uncomfortable with giving it the award.

This is despite the fact that, what it sets out to do, it does very well. I find most children's biographies tiresome, especially given that they are often forced to sanitize the more problematic portions of their subjects' lives. Amelia Lost, on the other hand, is a captivating read, one that makes excellent use of chapters that intercut Amelia's life story with her disappearance and its immediate aftermath. The structure goes a long way toward keeping the story interesting for a young reader, and for this reader as well -- no mean feat, given that we already know even before picking up the book that the ending is as predetermined as that of the Titanic.

It also doesn't shy away from Amelia's downsides. She was unafraid to take risks, a champion of women's rights, and an important figure in American history; she was also a mediocre pilot, a master manipulator of the media, and prone to skimping on preparation -- which is a large part of the reason that her last flight ended in disaster. All of this is covered in the book, in a sensitive and honest manner.

I think my problem is that, though it tells a good story, it doesn't transcend the story it tells, which is what makes something -- and especially something nonfictional -- a "distinguished literary contribution" to me. It was a great biography, but it wasn't great literature, not in the way that I'd hope for in my Newbery winners. It told me the facts, and told them very well, but it didn't spend much time meditating on what the facts mean, either directly or indirectly; the last half-page was about Amelia's legacy, but that was essentially it. I contrast it with something like Amos Fortune, Free Man, the 1951 winner, in which the story of Amos Fortune's life becomes a meditation on the nature of freedom itself.

I may be alone in thinking this way, and in a year that's generally been regarded as weak and without a clear winner, Amelia Lost may well take home the medal. But while I like the book and think it's well constructed, it doesn't hit the Newbery mark for me.

And that's my two cents.
Posted by Sam Eddington at 11:56 AM