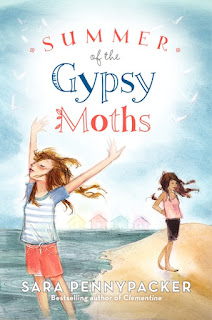 
Published in May 2012 by Balzer + Bray / HarperCollins
Posted by Sam Eddington at 9:55 AM No comments:

The Winner's Circle: The Witch of Blackbird Pond

"No, writing is not lonely. It is a profession crowded with life and sound and color. I feel privileged to have had a share in it." —Elizabeth George Speare*

A couple of chapters into The Witch of Blackbird Pond, I had to flip back to the copyright page and double check that it was actually published in 1958. That's just four years after The Wheel on the School, which, while it has some admirable qualities, can most kindly be described as quaint.

Witch, on the other hand, with its vivid, immediate language and strong heroine, could easily have been written last year. In the fifties, it must have been a groundbreaking read. Despite the fact that it takes place over three centuries ago, it feels like a harbinger of modernity in middle grade literature. In the next ten years, Island of the Blue Dolphins, A Wrinkle in Time, and From the Mixed Up Files of Mrs. Basil E. Frankweiler would all take their place in the Newbery pantheon. Witch feels much more a part of their world than that of The Wheel on the School and Ginger Pye.

I suppose you could argue that the focus on "who marries whom" is feministically retrograde, but in this era of Team Jacob/Edward/Peeta/Gale, that hardly stands out as old-fashioned. And realistically, this is historical fiction.  In seventeenth century New England, a girl's choice of husband really did go a long way towards deciding her fate in life. Go Team Nat!

So yes, I'd hand this book to any kid today (and I would probably play up the love triangle plot as well, because frankly, the witch trial was a bit of a letdown after all the foreshadowing). I really like the cover they're using these days too, with rosy-cheeked Kit looking all ready to start some Caribbean-style trouble. Ahead of her time, just like her creator.

But happily, Elizabeth George Speare is not one of those authors who had to wait for the world to catch up to her talent. She won the Newbery Medal twice, as well as a Newbery Honor, the Scott O'Dell, and, in 1989, the Wilder. Wilder Committee chair Anita Silvey commented on the "vitality and energy, grace of writing, historical accuracy and tremendous feeling for place and character" of Speare's writing. That feeling for place is very much apparent in Witch, where Kit is reluctantly seduced by landscape of Speare's native New England.

Aaaand it was in that very New England that the book was challenged a mere ten years ago. For promoting witchcraft. File under "unclear on the concept."

Travis Jonker also re-covered the novel earlier this year. He put a bird on it!

Posted by Rachael Vilmar at 2:05 PM No comments: 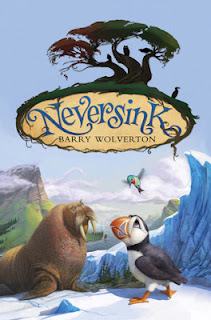 Published in March through Walden Pond Press / HarperCollins.
Posted by Sam Eddington at 5:06 PM No comments:

Anaheim, Anaheim, oh how you shine!

We've been a bit lean on posts lately, and that state of affairs is likely to continue until July.

On the plus side, we're both going to be in Anaheim for ALA Annual Conference in two weeks. I know some of our fellow kid lit nerds will be there too - if you see us wandering around, please say hello! (And tell us where the good ARCs are. I promise I won't knock down the poor publisher reps in my haste to seize them.)


Posted by Rachael Vilmar at 12:04 PM No comments: