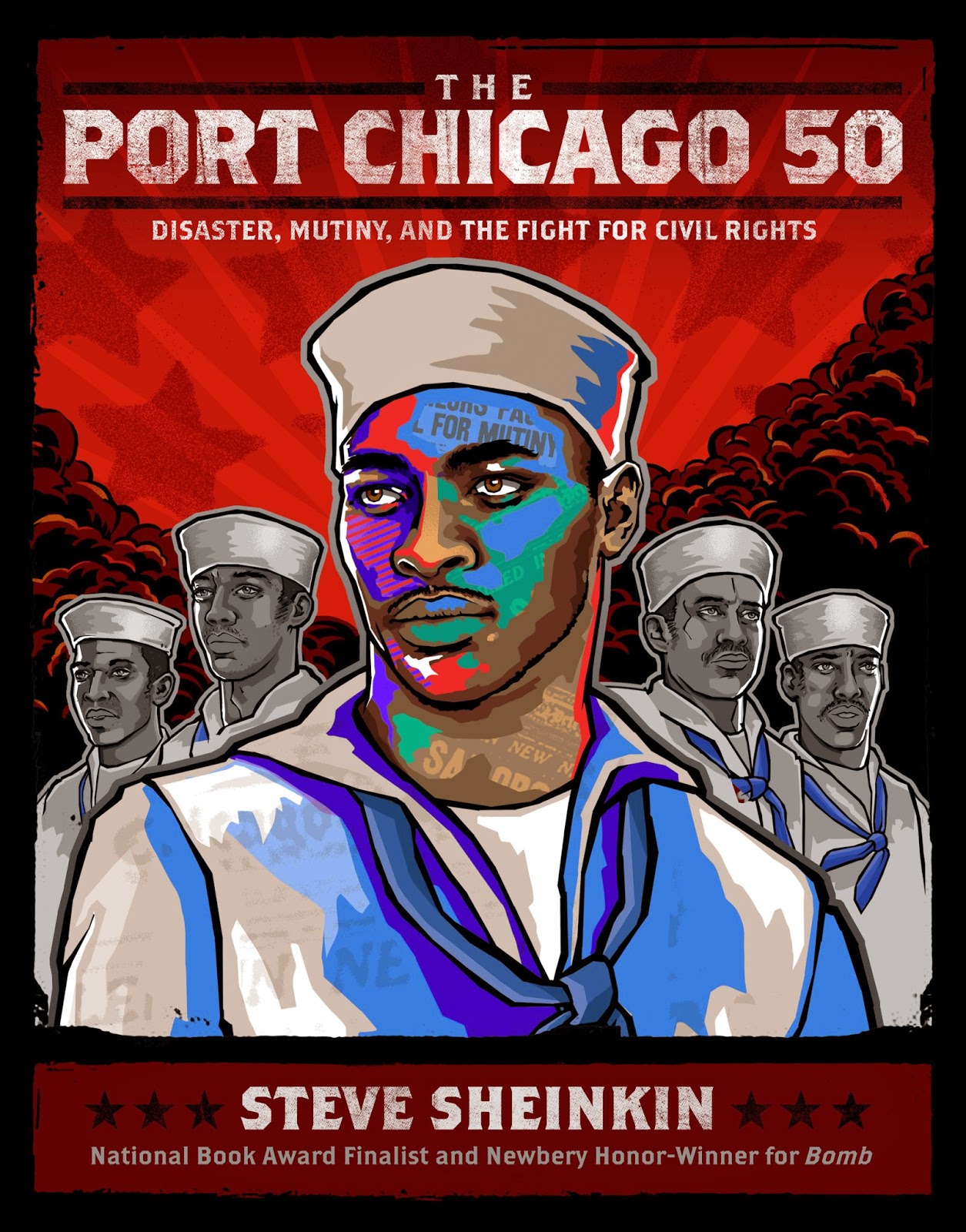 On July 17, 1944, a pair of explosions rocked the Port Chicago Naval Magazine in California. Approximately two short tons of munitions that were being loaded onto a cargo vessel accidentally detonated. The resulting blasts completely destroyed the entire loading area, sunk both ships that were docked there, killed 320 people, and injured another 390. It was the worst non-combat military disaster of World War II in the United States.

In The Port Chicago 50, Steve Sheinkin examines the conditions at Port Chicago before the catastrophe. Segregation was still the order of the day, and so all of the sailors actually doing the loading were black. They were treated poorly, given almost no training, and ordered to work with little regard for safety. Sheinkin then details the accident (insofar as is possible, given that every eyewitness was killed), and its aftermath. Specifically, he describes how, given that no changes were made in safety policies or procedures, many of the surviving sailors refused to go back to work. Some eventually did return to the job, but fifty did not, and were court-martialed for mutiny in the single largest trial in American military history. Despite the blatant racism and unfairness of the proceedings, all fifty were convicted and jailed. However, their mistreatment became a national story, and though they were never exonerated, their courage inspired many Civil Rights reforms.

Sheinkin is one of the very best juvenile nonfiction writers working today, and The Port Chicago 50 is a great showcase for his talent. It reads like a gripping thriller, but is well-documented and carefully reasoned. The book reminded me in many ways of Tanya Lee Stone's Courage Has No Color, which also covered the struggles of black service members during WWII. However, even though Stone's book was wonderful (and it made the 2014 Notables list and was a Finalist for the YALSA Award for Excellence in Nonfiction, so I'm not the only person who thought so), Sheinkin's is better -- the writing is sharper, and the imagery more vivid.

That said, it's not quite as impressive as Bomb!, for the simple reason that it's less ambitious. Where Bomb! was a brilliantly-executed three-part fugue, The Port Chicago 50 has a more singular focus (though it does discuss developments in other places, such as the offices of the Secretary of the Navy and the NAACP). The Port Chicago 50 is, however, a much more tightly-constructed book than Sheinkin's effort from last year, Lincoln's Grave Robbers, which tried to maintain a Bomb!-like level of intricacy without having as many stories to tell. Here, Sheinkin's approach is a good fit for the material that he uses, even if it's less involved.

I'm not sure The Port Chicago 50 will make an appearance in the Newbery rolls -- it's not the magnum opus that Bomb! was, and there is stiff nonfiction competition from Brown Girl Dreaming and The Family Romanov, among others. It wouldn't surprise me at all if this nets a Sibert or a Sibert Honor, however.


Published in January by Roaring Brook / Macmillan
Posted by Sam Eddington at 1:46 PM