2015 Contenders: Half a Chance, by Cynthia Lord 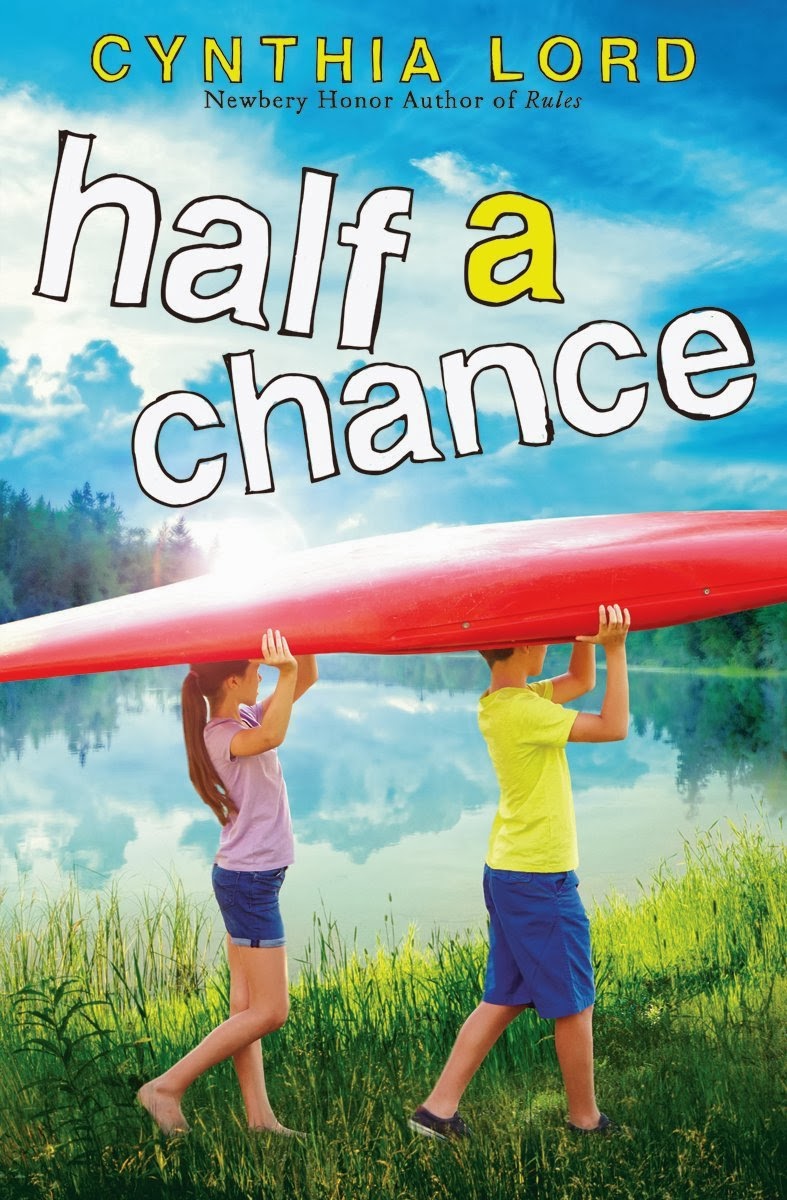 Lucy has just moved to a picturesque lakeside home in New Hampshire, and a lot has happened all at once. Her famous photographer father is off on an extended trip, she's got her mind set on winning a photography contest that her father is judging, and she's making friends with Nate, the boy next door. But Nate is only here for the summer, and his family has problems of their own -- problems that affect Lucy as well.

Developing one's artistic talents, wildlife conservation, issues of aging, and one's relationship with one's family and peers -- all of these themes play a big role in Half a Chance. And yet, the book avoids feeling like a laundry list of issues, largely because of the strength of the characters. Lucy, Nate, and their families and friends are all fully three-dimensional, and if they're fighting more than one battle at a time, that's true of most people.

Additionally, the language is truly lovely. Lucy is a photographer*, and as such, is attuned to the details of the world around her. This means that her descriptions of the lake, the mountains, and the people around her can be poetic and finely-tuned without any of it sounding out of character. There are plenty of other very good books set in and around lakes in northern New England -- My Mixed-Up. Berry Blue Summer comes to mind as a recent example -- but I can't immediately think of another one that made me feel so strongly that I was there.

It's always hard to talk about Newbery potential for books that come out during the first few months of the year, because it's not yet clear what the field looks like. What I can say is that, at least for the early going, Half a Chance is going to be my benchmark, a marker against which to measure other books that come out. It's at least that good, whether or not it turns out to be a Newbery frontrunner by the end of the year.


*As a side note, for a book with photography as a central conceit, I don't think the cover is all that great. I mean, it's a Cynthia Lord book, so I doubt it will affect sales all that much, but it doesn't really fulfill the book's own statements about what makes a good picture.


Publication in February by Scholastic
Posted by Sam Eddington at 2:31 PM