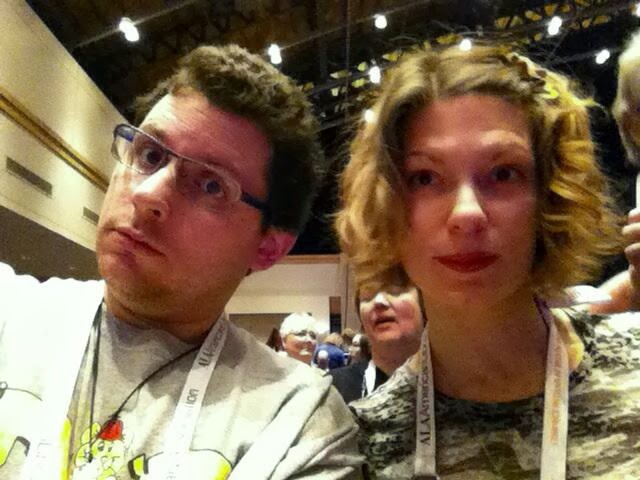 The very best perk of going to ALA Midwinter is probably being able to attend the Youth Media Awards in person. This is a picture of Rachael and I doing just that, albeit perhaps not with the most flattering of expressions on our faces.

I had been planning to live-tweet the awards, but I couldn't get a good enough connection on my phone to make that feasible. So instead, here are a few post-conference scattered thoughts as we finish up the awards year.


It was a wonderful experience to be at the YMAs, and kudos are due to every one of the committees for their hard work and fine selections!

Posted by Sam Eddington at 9:40 AM