At this point you might be wondering: Weren't there two other people on this blog? Yep. Here's what we've been up to the past couple months! 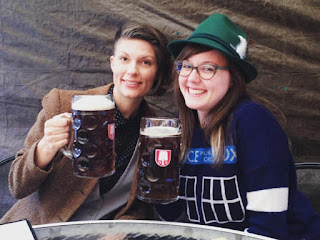 Rachael and I fell accidentally through a dimensional rift, into a magical land, where we've spent all our time drinking ales at the tavern there. And listening to a lot of podcasts. And reading non-classic-Newbery books, binge-watching television shows, and fighting off existential dread. I finally found my way back through the portal, but Rachael might still be there a while.

Anyway, I started reading Roller Skates three months ago, and I just finished it now, and I have a lot of mixed feels about it, so this is probably going to be a weird review. Bear with me. (Or don't! Just skip this and keep reading Sam's eloquent and insightful reviews! I won't blame you!) 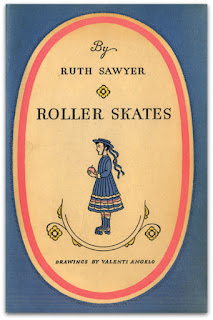 Roller Skates is a book by Ruth Sawyer. It won the Newbery medal in 1937. It's about a ten year old girl named Lucinda. A sickness of Lucinda's mother's sends her parents on a year long trip from New York City to the milder climes of Europe some time in the 1890's. Lucinda's parents send her to live with one of the teachers at her school, and her sister, the Misses Peters, while they're gone, as I'm sure most parents would do?

For Lucinda, her year long "orphanage" is the best thing that could ever happen to her. She's a tomboy with a wild side, and has been repressed by her family who expect her to act like a proper young lady. Under a relative lack of supervision from the Misses, she's free to do what she wants, which is mainly roller skate all over the City and make friends of varying levels of appropriateness. Sawyer herself came from a wealthy family, and her parents traveled abroad leaving her in the care of a beloved nanny, so it's likely some of Lucinda's misadventures are based on the author's own eventful childhood. In her Newbery acceptance speech she said "A free child is a happy child; and there is nothing more lovely; even a disagreeable child ceases to be disagreeable and is liked."

Probably the most interesting thing about the book is the time capsule feel to it. It's kind of crazy to read about a New York City of the 1890's, where a little girl could just roller skate around, on her own, and ask everyone she meets what ethnicity they are. Because that was apparently a thing in the 1890's: just talking to everyone about their ethnicity. Oh you're Irish? Have you met a fairy? Oh you're Italian? How many bambinos do you have? Yeah, there is some real cringe-worthy stuff in there. But it's also kind of fascinating to see how far we've come, in some ways for better, and some for worse. 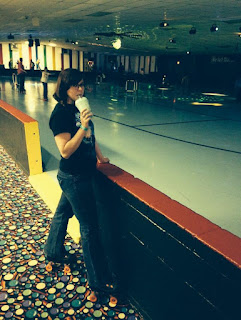 I actually found most of the book enjoyable. As the once and future queen of my local roller rink, I know the power of roller skates. When you're skating full speed, you might as well be flying. And I found Lucinda's jubilant energy pretty authentic. But while most of things Lucinda gets up to are perfectly delightful, like the time she stops bullies from robbing her friend's fruit stand, some of the things she does during her year of freedom are strange, like the time she stages a one-woman adaptation of Shakespeare's The Tempest with puppets, and some of her activities are downright questionable, like the time she has a picnic with the man who regularly digs through trash and sells things he finds there.

And then there's about the last four chapters where the book gets suddenly very dark, like the time Lucinda finds a dead body. That's a thing that happens. When her parents finally return (Remember her mom was sick? I didn't.) it's actually kind of devastating. And in the final couple paragraphs is this line: "She'd never belong to herself again--not until she married and got herself a husband, and then she'd belong to him." MAJOR BUMMER.

Roller Skates was pretty revolutionary for its time. Not many books for children were addressing controversial topics such as Lucinda's rebellious behavior, and, ya know, death. But it earned a starred review from Kirkus, and obviously the Newbery committee thought it was the most distinguished of the year. My final thoughts: I think as a bildungsroman it's really dated, and I had difficulty staying fully engaged. Obviously.

Sam reviewed this book a few years ago. I purposely didn't read his review until now, and I'm happy to report I agree with everything he had to say!