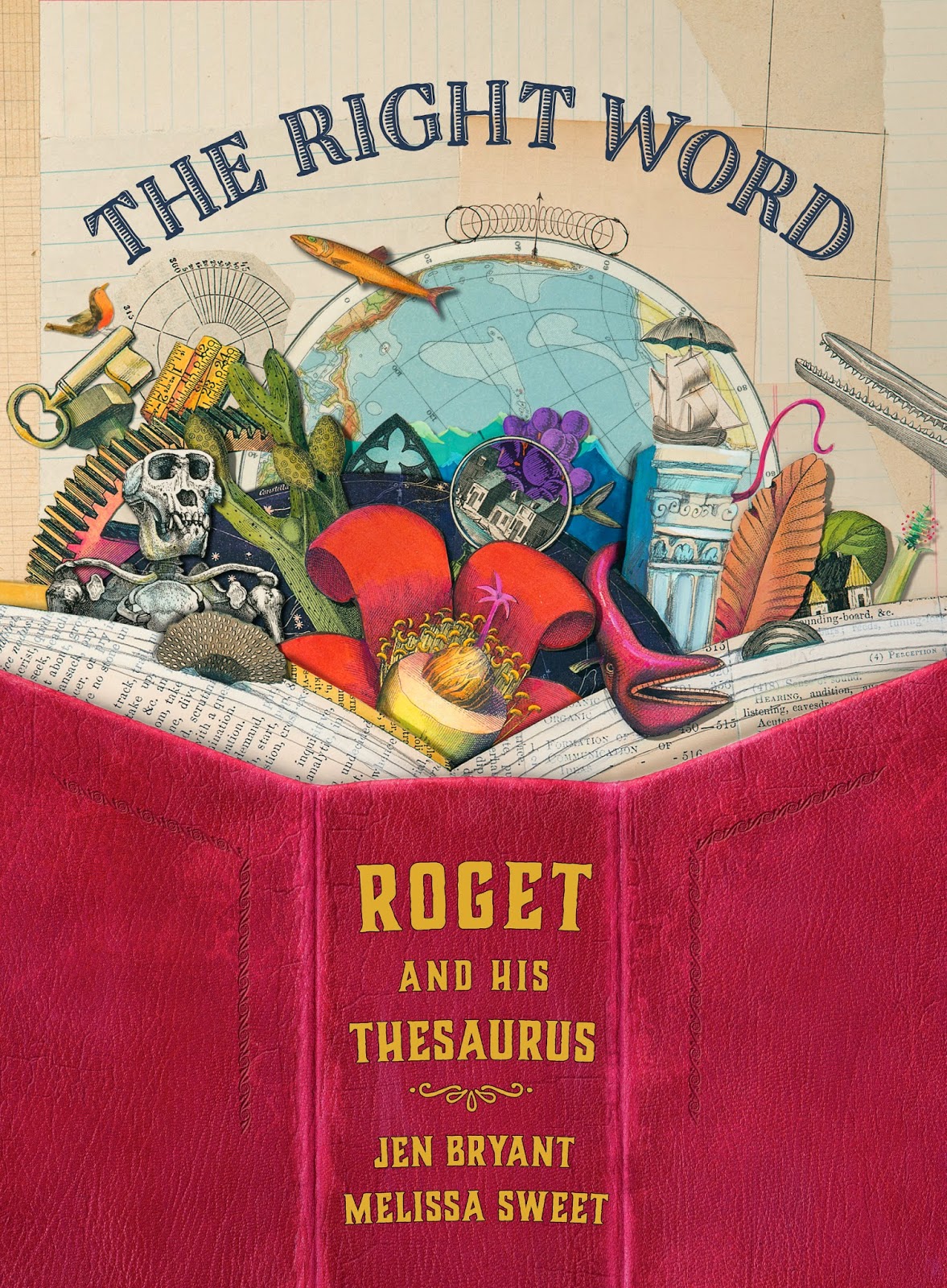 Although the earliest work that could be considered a thesaurus was written almost two millennia ago (On Synonyms, a volume written by Philo of Byblos, who died in 141), the first truly modern thesaurus didn't appear until until 1852, when Peter Mark Roget's Thesaurus of English Words and Phrases was first published. Nowadays, it's hard to find a person who hasn't used a thesaurus in some form -- and yet Roget himself is a little-discussed figure in popular circles.

Full disclosure: at ALA Annual last year in Las Vegas, Rachael and I scored an invitation to a dinner that Eerdmans was hosting in celebration of Jen Bryant, Melissa Sweet, and the forthcoming release of The Right Word. I got a chance to talk to both of them at length, and they're the most wonderful people that you could hope to meet. In fact, Melissa Sweet took it upon herself to make each of us name badges, each of which contained a small fragment from a 19th-century edition of Roget's Thesaurus. Mine is hanging proudly on my cubicle wall now, and it makes me smile every time I see it. 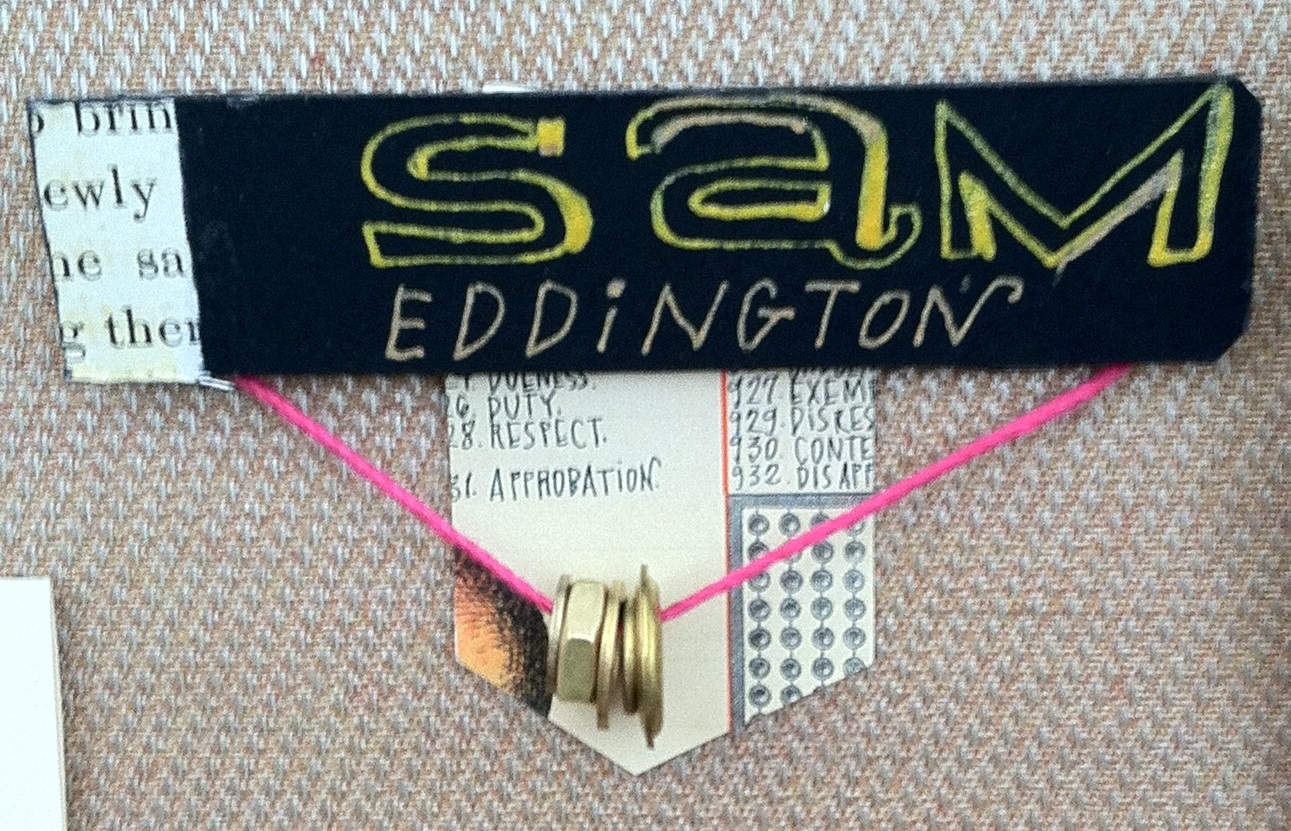 So yes, I'm very much predisposed to like The Right Word. But even when I try to look at it with more objective eyes, I come away from it thinking that this really is an excellent book. The Right Word begins in Roget's childhood, and traces his life from there. It includes information about his many endeavors -- Roget wasn't just a thesaurus writer, but a polymath who also published important works on natural history, medicine, electricity, and optical illusions. However, the book manages to keep its center by referring back to Roget's near-obsessive list-keeping, which began when he was only eight years old, and which culminated in the publication of the Thesaurus.

Indeed, the main problem with The Right Word from a Newbery perspective is similar to the problem with El Deafo: the text and the illustrations blend together to the point that analyzing just the text is almost impossible. The dialogue bubbles -- which are not designed to be read as part of the main text -- add layer upon layer of detail to the story, and Melissa Sweet's illustrations include both drawings and collages of Roget's various lists. Even the typesetting, which includes several passages with only a word or two on each line, serves to reinforce the theme of Roget's passion for order. Simply reading The Right Word aloud doesn't do it justice, and I don't know that the Newbery committee will be able to consider it in a way that would really allow its considerable strengths to shine.

I have, however, seen The Right Word show up on several Mock Caldecott lists, and the Sibert committee may well find a lot to love here as well. I hope it wins something; it's a brilliantly-designed book that sheds a great deal of light on its quirky, important subject.


Published in September by Eerdmans
Posted by Sam Eddington at 7:31 AM