2015 Contenders: Brother Hugo and the Bear, by Katy Beebe 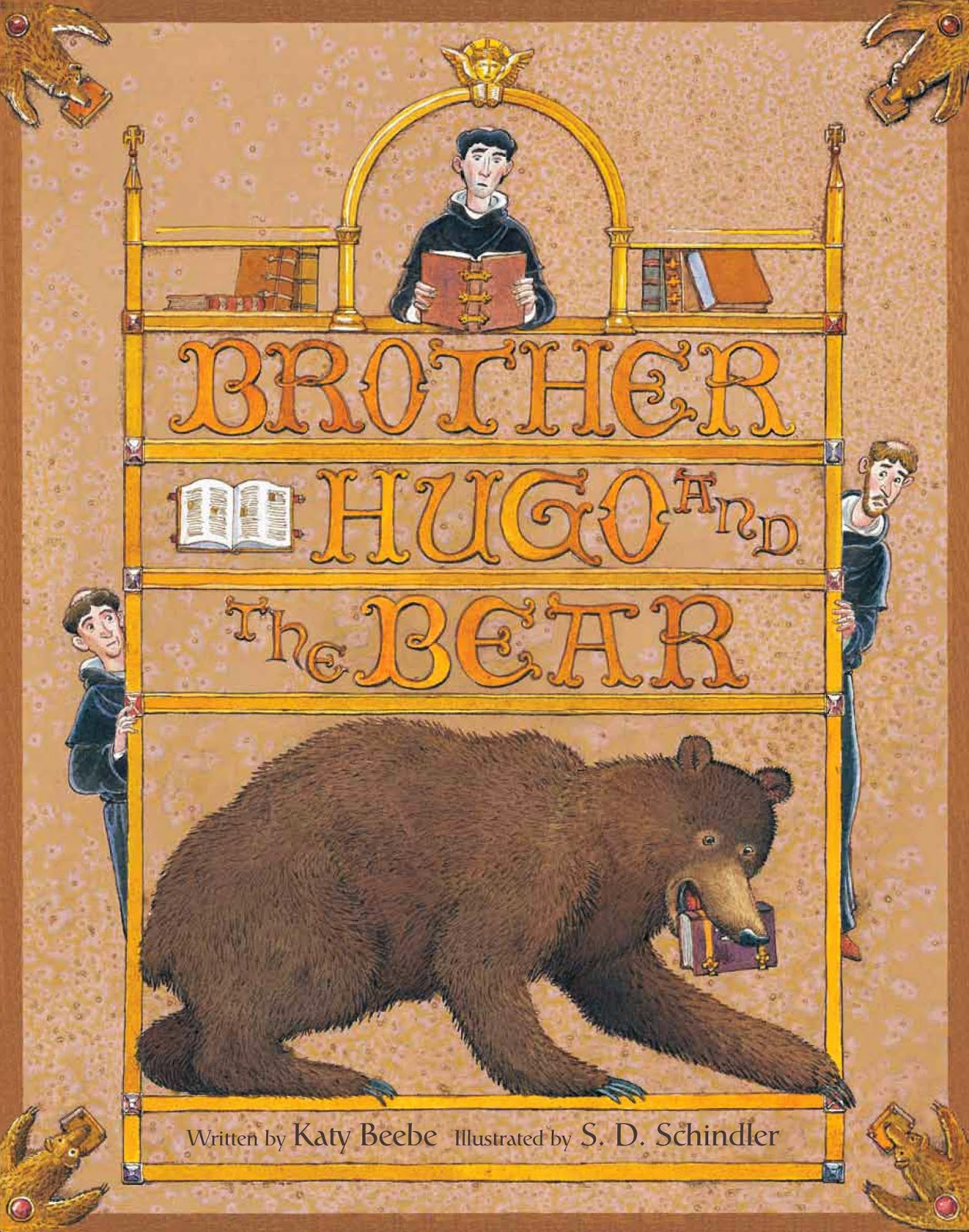 Brother Hugo has a problem. He's lost his library book, and even though he has one of the best excuses possible -- it was eaten by a bear! -- he still has to replace the volume. This being the Middle Ages, "replace" is used in its most literal sense: Brother Hugo has to go to another monastery, borrow their copy of the title, and then hand-copy it. However, the bear is still lurking about, and "once a bear has a taste of letters, his love of books grows much the more."

Katy Beebe's text is a joy to read. Its quasi-Chaucerian diction fits the setting without being overly difficult (especially given the glossary in the back). It also includes, as a natural part of the narrative, a clever introduction to medieval bookmaking. The story itself, which takes its inspiration from a brief passage in a letter written by Peter the Venerable, is winningly playful.

As a certified lit-nerd, I found Brother Hugo and the Bear impossible to resist. The Newbery committee may (and probably will) feel differently. We mentioned in last year's discussion of If You Want to See a Whale how hard it is for a picture book to gain Newbery recognition, and I don't think, alas, that Brother Hugo will cut through that resistance in this competitive publishing year.

The art, by S.D. Schindler, is a lovely pastiche of the illuminated manuscript tradition. It's possible that the Caldecott committee will take a liking to it. Whether or not that happens, I do hope that the folks handing out the two major awards for picture book text (the Golden Kite Award for Picture Book Text and the Charlotte Zolotow Award) take a good look at Brother Hugo. I think they'll like what they see.


Published in April by Eerdmans
Posted by Sam Eddington at 12:29 PM